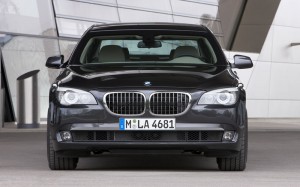 I used to have a 1989 BMW 735iL. Really nice car. The back seats reclined. There was a rear-window shade. Heated front windshield. You name it and it had it. Ever since I’ve been a big fan of the 7 Series.

A couple of weeks ago I received an E-mail from BMW about the 7 Series High Security. For the uninitiated, High Security means bullet proof. As if the car wasn’t cool enough as is.

It’s BRV 2009 certified. Yeah, that meant nothing to me either. I think BRV means bomb response vehicle. It has a ballistic protection of VR7, again this means nothing to me. As far as I can tell that will stop a bullet from an AK-47.

There’s several other cool features like a gas detector that shuts off outside air during a gas attack and turns on a fresh-air supply. There’s a external communication system so you can tell your assailants to piss off and if they answer you can hear them over the stereo. If you’re packing heat you can store two machine guns in the center console.

It has everything the a monarch or deposed dictator could want. And it can hit 60 mph in 7.9 seconds. Of course, I’d never need one, but it would be cool to say, “Yeah, it’s bullet proof.” 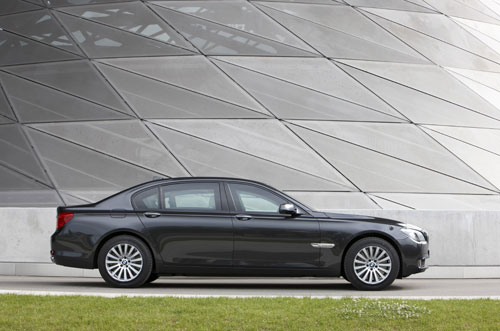